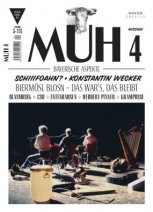 I love it when German and English share a word.   I mean a real word, not stupid little working words like kann or halt or so.  A dignified, meaty word that says something specific, like kindergarten or schadenfreude or kaputt.

The word on my mind this season is, of course, humbug.

In English, we associate this word almost exclusively with Christmas.   For that, we can thank the famous Charles Dickens, and his short novel A Christmas Carol.

You may recall from your schoolbook translations, that the hero Ebenezer Scrooge uses humbug to describe Christmas.  It’s easy, in German, to assume that his character simply feels Christmas is nonsense or silliness.

So it goes in English, too, but it also carries an undertone of a lie.  The word hum, on which the word humbug is based, translates into German as brummeln.  Folklore tells us that people hum when they lie, as something to do with your voice when it can’t speak the truth.

As a foreign-born atheist, it never occurred to me that Christmas was anything other than a fantasy, largely the product of people who want to sell you something.   And it’s a happy fantasy, too.   A new baby arrives and the whole world feels good about it.  What’s not to like?

Then I moved to Bavaria.

Someone explained to me that in Bavaria, this nice little day I know as Christmas is just a pimple erupting on the vast, ugly face of a hideously holy season.   The period from All Souls to Lent gives me the creeps.

I mean, the whole thing lasts so long, doesn’t it?  Americans deplore the modern habit of decorating for the season before the well-known patriotic harvest festival of Thanksgiving, on the last Thursday of November.

But Bavarians start the season at the tick of the clock on All Souls, and don’t really stop “celebrating” (and I use the word only in its technical sense) until Ash Wednesday.  That’s more Christmas than a human being can bear.

And it’s such a jolly kickoff, too.  A visit to the cemetery!

A house guest from abroad was helping to set our table early one December, and she lit all four candles on our advent wreath at once!   We had to explain that one simply doesn’t do that in Bavaria; the four candles are a different size for a reason.  She assumed that the varying heights were some kind of design element, perhaps recalling the differing lengths in the pipes of an organ, or perhaps a little bit of Swedish-furniture asymmetry.   To tell her that she had to wait until Christmas to really see the full spectacle was a little like saying that you could only decorate your tree one ornament at a time, over a period of several weeks.   Though an observant Christian herself, she though this was…well, a humbug.

We English speakers have so lost the religious meaning of the word, we can have an advent of anything.   It simply means an arrival; we refer to the advent of the web in 1992, or the advent of commercial air travel in the 1920s.   Thus, if the following phrase were to appear in English, I could say that the advent of Advent is marked by the opening of Christmas markets.

People talk about the commercialization of Christmas like it was something new. But the silly season has shrunk our wallets for centuries. The custom of wasting huge wads of cash on tasteless kitsch can be traced back to the traditional Bavarian Christkindlmarkt.

The granddaddy of them all, The Nürnberg market, confused us horribly.  Here’s how I understand it.

During Advent, wood carvers, wreath-weavers, glass-blowers and seamstresses set up stalls in town squares across Bavaria to ply seasonal wares. Somebody had the bright idea of throwing spiced wine in a Feuerzangenbowle (a primitive microwave) and selling it to shoppers to fend off the cold.

The drunken townsfolk would then choose a child, and dress it up like Gwen Stefani with her finger in an electrical socket, and get the poor kid to wander around blessing everyone. Or something.

Now, this is where the whole thing fuzzes up for a non-Bavarian.  They call the kid the Christ-Child, which to my ear, means that the kid actually is Jesus.  But she’s more akin to your run-of the mill angel, of the sort who sits atop a Christmas tree.   And by the way, she’s a girl, which throws a monkey wrench in the theological gearbox, does it not?

One need only have looked at the plentiful Krippen around us in Nürnberg, to sense that Bavarians take advantage of all the theological wiggle-room they can.   We can only imagine what the Blessed Virgin and her Holy Infant looked like.  But I guarantee that neither look like their images in your average nativity.  First, none of the infants have that newborn ET-shaped head.  And as a simple matter of scale, the smiling toddler-looking Jesuses would have demanded the Blessed Virgin sport a trick pelvis.

The Christ-Child must be an awful gig.   I mean, you can’t really stop for a chat, can you?  Eating the gingerbread or grabbing a latte isn’t allowed, because angels eat ambrosia, right?  We suspected that the Christkindl who wandered about Nürmberg that year had resorted to drugs; tweaked out on amphetamines, diagnosed my companions.  I replied that the facial expression you get after a draw on a crack pipe might just resemble the beatific peace of a saint, but they had already gone off to look for her dealer.

Now, what is the purpose of a Christkindl?   Apparently, it was to give Santa Claus a bit of competition.  Martin Luther’s idea, no less, and a jolly good idea it was, too.

It surprises many English speakers that St. Nicholas, to whom they corruptly refer as Santa Claus, is but one of many competing fantasy figures that hop about Bavaria this time of year.   It surprises them further that the original St. Nick was a pretty nasty fellow, who was more eager to judge the quality of child-rearing than to dish out dolls and model trains.   A child doesn’t wake up on St. Nicholas Day to open presents; but rather, to sigh with relief that he hasn’t been carted off in a sack.    It’s the most wonderful time of the year!

The real St. Nicholas was so awful and scary to Americans, that Coca-Cola reinterpreted him for their Christmas advertising (as well as making him arrive on December 25 from the North Pole.).  Artist Haddon Sundblom created the Santa we see today, clad in Coca-Cola red, and his elves were (suspiciously) known as sprites.   If you want to sell a product, you have to make people happy; the biggest shock which a visitor to Bavaria at Christmas feels is that the holiday has a dark side.

Which makes us rather look forward to when it’s over.  When the last goose-fat has been drained for the coming months’ roast potatoes—try doing that with a turkey, you non-Bavarians!—and the last filling has been cracked on the ceramic doo-dad in your Three Kings’ cake.    Not long after, we get into Fasching.

But even this is a bit odd in Bavaria; Fasching is muted compared with the raunchiness of Karneval.  It’s as though the adults are still expecting a slap from a Rute if they go too far.

It rather makes me long for Lent.   At least the beer gets stronger.

5 thoughts on “The Creepy Season”